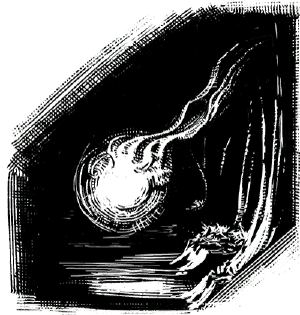 Bestiary image of a Will O'Wisp

Wisps are a race of creatures in Pillars of Eternity.

In the cities of the Dyrwood, will-o-wisps hold an almost mythological status, and feature in several old wives' tales. One of the most popular of these suggests that will-o-wisps are the souls of lost children, wandering towards their next lives. In rural areas, those who come into regular contact with will-o-wisps regard these stories with some amusement. Wisps are known to inhabit abandoned ruins and other such forgotten places. They are thought of as curious creatures, for they will sometimes follow travelers for short distances. While typically peaceful, wisps are notoriously aggressive if provoked, and will viciously defend their territories if they perceive these to be under threat. As a result, wisps are often described as the weeds of the spirit world - small, quick to regenerate, and nearly unstoppable in large numbers.