Bounty: The Terror of Whitestone Hollow

Bounty: The Terror of Whitestone Hollow is a bounty in The White March - Part II.

A recent avalanche killed dozens of travelers and tradesmen on the road to Whitestone Hollow. Their souls formed a blight that now haunts the countryside. It's up to the Watcher to wipe it out.

Speak to Asca in the south-west corner of Stalwart Village and accept this bounty task.
Note that she's only available once you've started the first main quest of The White March - Part II expansion.

Once you have the task, travel to Whitestone Hollow, and approach the south-west corner of the map, just left of the burnt shed.

The Terror of Whitestone Hollow (an 18th level blight) and its fellow nasties, hide out there: 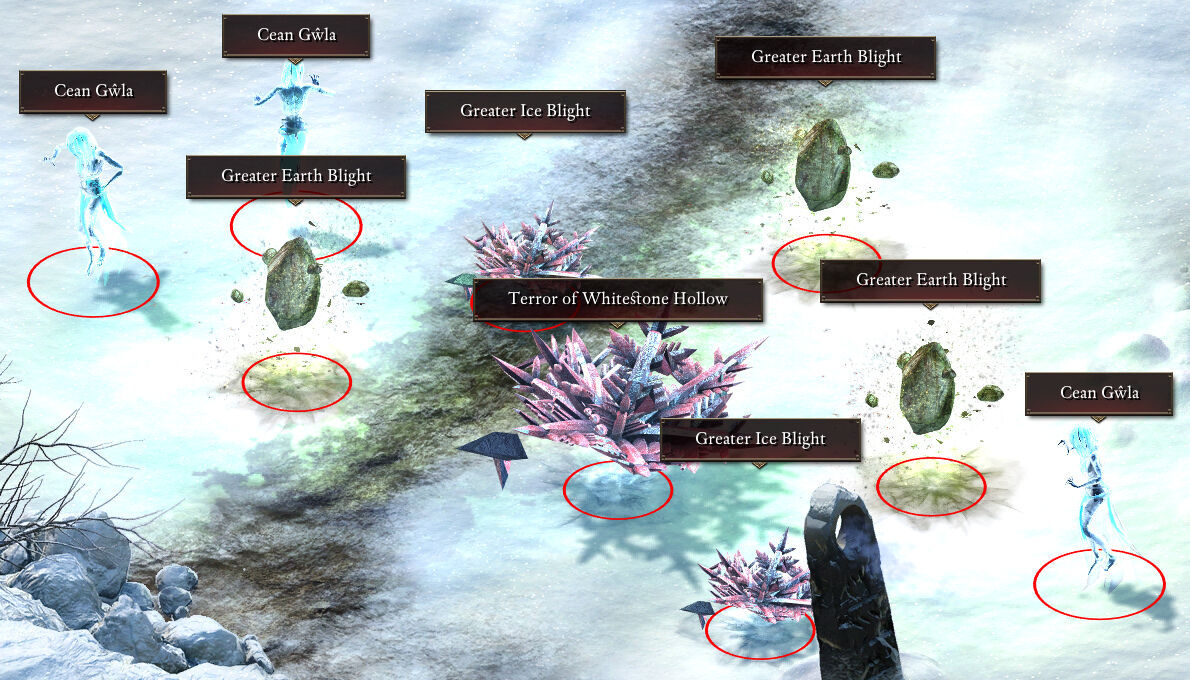 They attack as soon as they see you.

Defeat them, and then pick up the Caravan Master's Brooch that belonged to the Terror's last victim. This will serve as evidence of its death.