Bounty: The Gleaming Society is a bounty in The White March - Part I.

A group of radicals calling themselves the Gleaming Society have been targeting and assassinating political figures in both the Dyrwood and Readceras. A bounty has been put on the head of their leader, Ulmar.

Speak to Tealdor near Renengild's House in Stalwart Village and accept this bounty task.

Then travel to Longwatch Falls and approach the south-east terrace, between the bridge and the dragon cave. Ulmar (a 13th level Monk) and his fellow members of the Gleaming Society hide out there, and attack as soon as they see you. 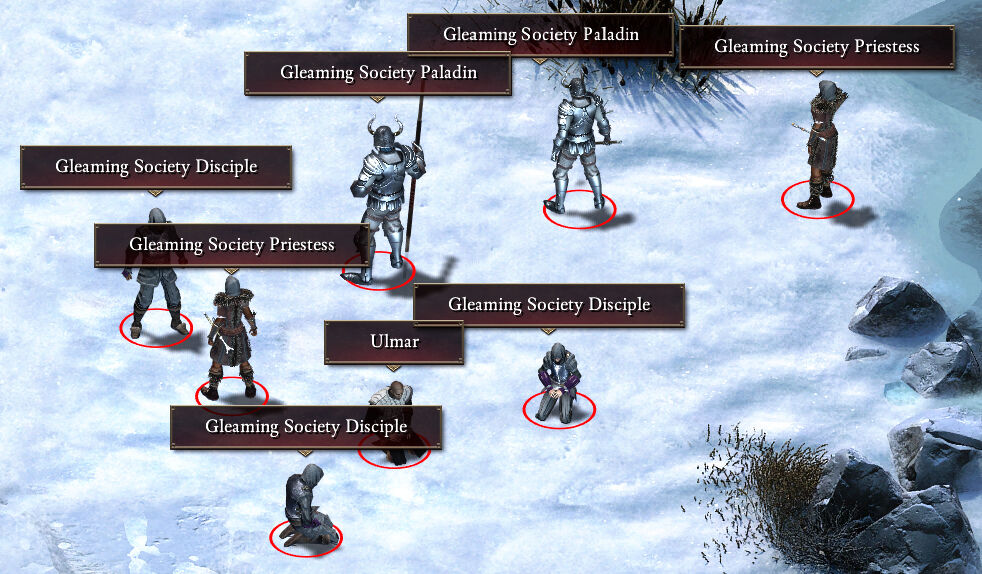 Defeat them, and pick up Ulmar's head after the battle. (1980 Party experience) Ulmar drops the footwear Sandals of the Forgotten Friar.

Bring the head back to Tealdor in Stalwart to collect your reward. (3000