Bounty: Magran's Faithful is a bounty in The White March - Part II

Brigands calling themselves "Magran's Faithful" have been pillaging small towns throughout Dyrwood. Given Stalwart's recent influx of wealth, they worry they may be the band's next target.

Speak to Asca in the south-west corner of Stalwart Village and accept this bounty task.
Note that she's only available once you've started the first main quest of The White March - Part II expansion.

Once you have the task, travel to Searing Falls, and approach the platform between the hot springs in the center of the map.; Roedwith (a 19th level Barbarian) and his fellow members of "Magran's Faithful", hide out there: 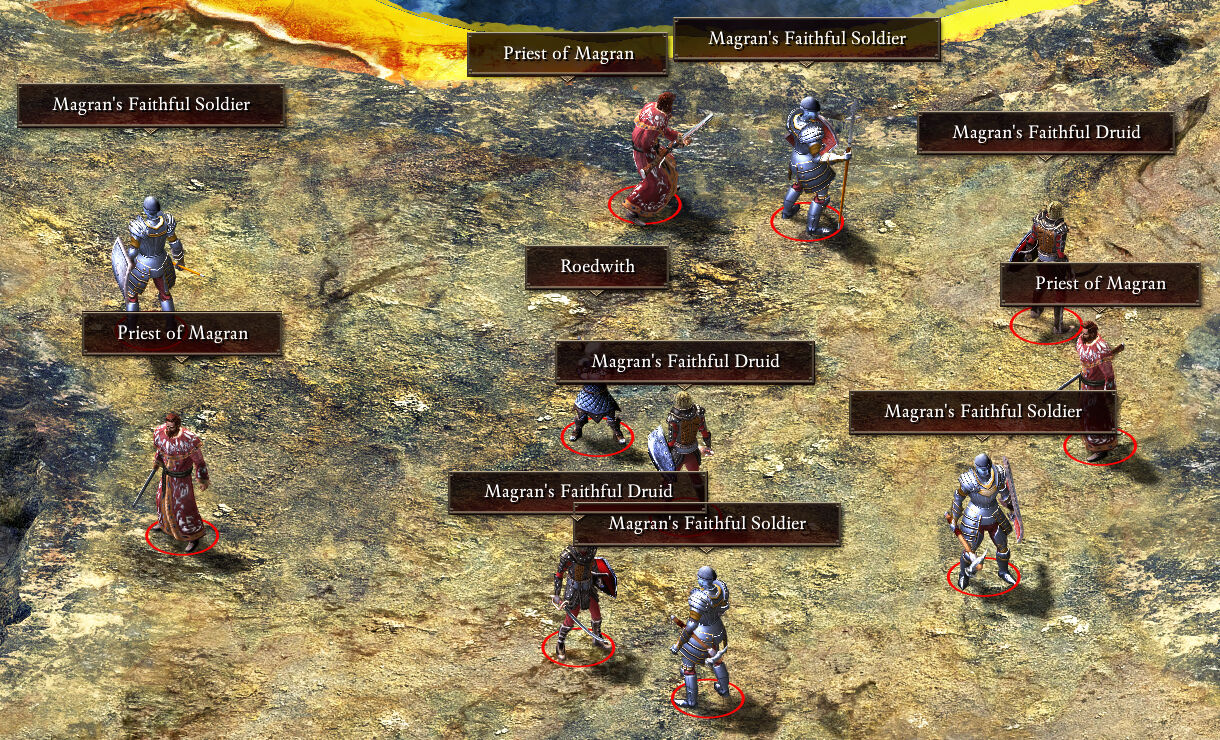 They attack as soon as they see you.

Defeat them, and pick up Roedwith's head after the battle. (?? Party experience)

Bring the head back to Asca in Stalwart to collect your reward. (5600 copper, 5400 Party experience, and 8100 total experience )