Bounty: Lafda is a bounty in The White March - Part II.

After impersonating priests of Ondra, Lafda and her band of thieves escaped the village of Stalwart. The villagers have put a bounty on Lafda's head.

Speak to Asca in the south-west corner of Stalwart Village and accept this bounty task.

Note that she's only available once you've started the first main quest of The White March - Part II expansion, and will only offer this task to you after you've completed both of her tier-1 bounty tasks:

You must have not killed Lafda in the quest Regrets Worth Trading in order to recieve this bounty.

Once you have the task, travel to Ondra's Gift in Defiance Bay, where you will find Lafda and her goons on the southwestern docks, at the wooden crane. 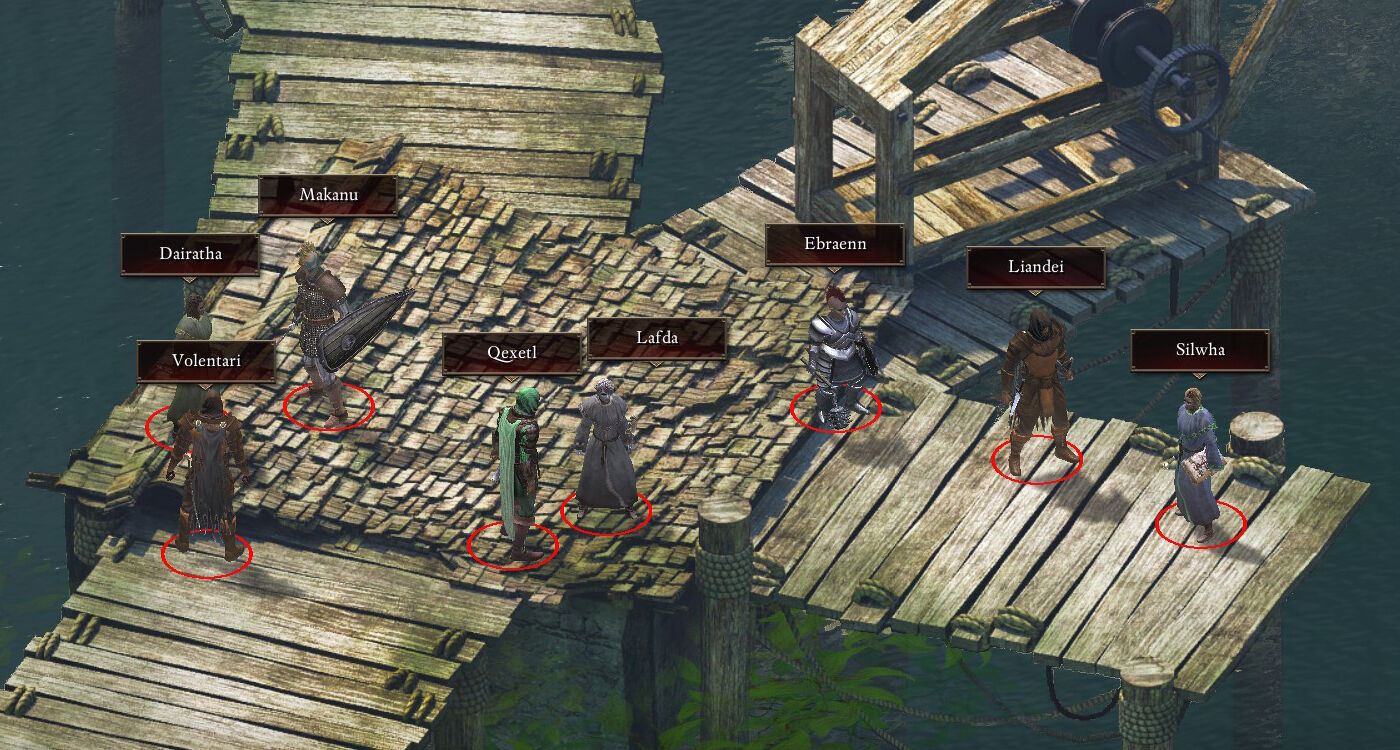 The lineup consists of the following characters:

They will attack as soon as they see you.

Defeat them, and be sure to pick up Lafda's Head. Silwa and Dairatha drop a Singed Grimoire, but otherwise you gain no other notable or unique loot.