Bounty: Galen Dalgard is a bounty in Pillars of Eternity.

The Aedyran slaver Galen Dalgard has been seen at Madhmr Bridge. A bounty is being offered for his head.

Once you have the task, travel to Madhmr Bridge, and approach the road to the North of the crossroads.
Galen Dalgard (an 11th level paladin) and his party hide out there, and attack as soon as they see you: 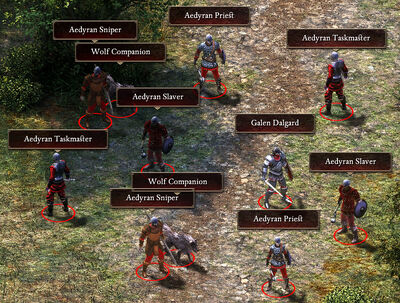