Bounty: Captain Muārumi is a bounty in Pillars of Eternity.

The infamous Rauatai pirate, Captain Muarumi, has made landfall in Anslog's Compass. This is a rare opportunity to claim the standing bounty on his head.

Once you have the task, travel to Anslog's Compass, and enter the Sea Cave near the center of the map.
Captain Muārumi (an 11th level rogue) and his fellow pirates hide out there, and attack as soon as they see you: 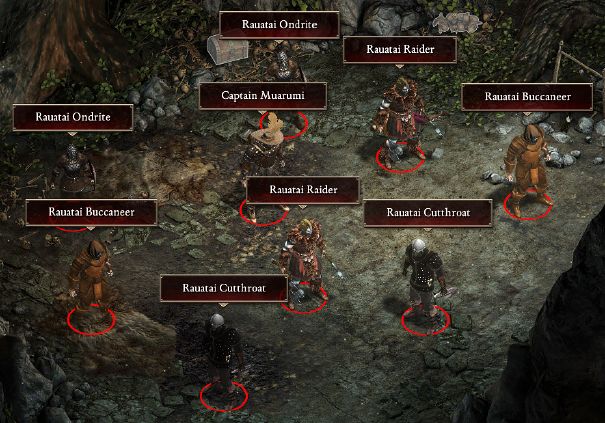 (given xp numbers were for a party of 6 at level 12, so base values are probably a higher number, need to be verified)