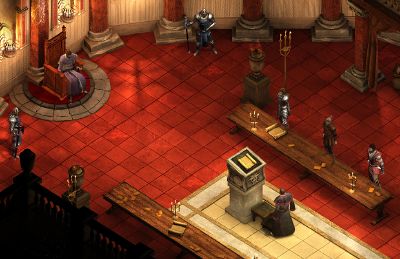 The Animancy hearings are a series of meetings that are happening behind closed doors in the Ducal Palace in Defiance Bay during the second act of Pillars of Eternity.

During The Hermit of Hadret House, the protagonist is allowed to attend the final session of the hearings and testify. The outcome of the hearings depends on whether you choose to support animancy, and with how much credibility you make your case:

This long-term outcome is reflected in the end-game slides. What you can not influence, however, is the immediate outcome of the hearings – the assassination of the duc and burning of the sanitarium – which happens the same no matter what you say or do.

The dialog options which allow you to define your Animancy support and your credibility, are as follows: