A Return to Court

A Return to Court is a quest in Pillars of Eternity, added as of the 3.0 patch.

Another messenger from the ducal palace has arrived in Caed Nua. Chancellor Warrin said he'd send another messenger if anything new regarding the disputed ownership of Caed Nua came up. The Watcher is invited to attend a meeting at The Charred Barrel. 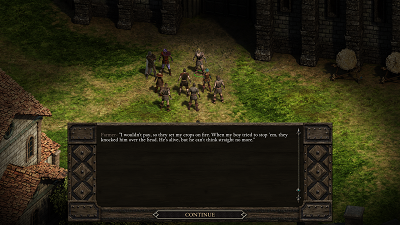 Note: if your original game was started prior to the current game version (upgraded to version 3), this quest might not appear in your journal. It still works as described, however.

Note²: I didn't get the quest in my journal and it didn't have anything to do with my game version. What happened was that I was in Caed Nua at the time the messenger arrived. You need to be OUTSIDE the keep when you get the "messenger from palace arrived" pop up. Then you go to your keep and only then the quest will appear in your journal. So just reload an older save and the quest will trigger as normal.